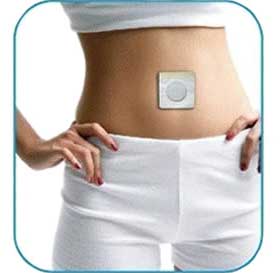 Slimming patches are becoming more popular with each passing year.

Any why not? They have a lot going for them.

For one thing, they are ideal for people who find it hard to remember to take pills at the allotted time.

Slimming patches are an equally good option for people who find it hard to swallow pills and the fact that the ingredients are absorbed through the skin allows them them to bypass the destructive digestive enzymes that reduce the potency of orally taken diet pills.

Slimming patches work by using skin absorption. Nicotine patches use the same method and, although many people fail to realize this, the nicotine gum some smokers use to help them quit also work via skin absorption.

The only difference is, the nicotine content provided by the gum is absorbed through the thin skin membranes in the mouth.

It doesn’t matter how well things work, scientists appear to be driven by a passion for change.

Although slimming patches that work by skin absorption get their ingredients into the blood in a way that is different from diet pills, they achieve things in the same way by speeding up the metabolism, suppressing the appetite and providing other benefits that accelerate the fat burning process.

Scientists in the US are presently busy trying to develop a diet patch that changes white body fat into brown body fat. Brown fat is seen as being more desirable because it increases calorie expenditure and this can result in a calorie deficit that forces the body to burn more fat, resulting in weight loss.

Scientists in Singapore are busy with a similar project. Both types of experimental patch are intended to work by imbedding tiny needles into the skin.

A number of drugs, including a thyroid hormone derivative, have the ability to encourage the browning of fat, but when they are delivered in the form of pills, or via injection, the drugs can cause a number of side effects including elevated blood pressure, stomach upsets, heart palpitations, and bone fractures.

The scientists working on both project believe this problem can be removed from the equation by using diet patches that house tiny needles that penetrate the skin and deliver the drug directly into existing body fat.

The scientists at Columbia University Medical Center in New York have come up with a way to encase the drugs in nanoparticles that are delivered to the body via dozens of tiny needles and change the fat in the area surrounding the patch application point. Mice that were treated with the experimental patch lost 20% on the treated side, compared with the untreated side.

Meanwhile, at the other side of the world, scientists at Nanyang Technological University, have an experimental diet patch that lacks the nanoparticles but uses needles that degrade in the flesh and deliver their contents to the fat at a steady rate as they do so. Mice that were given the patch treatment while eating a high fat diet showed showed a 30% reduction in fat mass after less than a month of treatment.

Is Going Brown the Best Way to Burn Fat?

Although babies have a somewhat higher level of brown fat in their bodies, the amount present diminishes over the years. This is a natural process. Babies need the extra brown fat to keep them warm, adults are not so vulnerable.

Changing the natural way of things by causing white fat to turn brown could be seen as interfering with nature. All of the traditional-type diet patches that work via skin absorption provide benefits that are similar to diet pills.

They speed the metabolism and encourage calorie burning in a manner that is similar to exercise, while also providing appetite suppression and other benefits that help people to lose weight in the fastest and most trouble-free way possible.

Placing nanoparticles in the body is also a process that cannot be seen as natural and, bearing in mind how well the top diet patches work, without penetrating the skin, there seems little advantage in adopting a system that involves imbedding needles into the skin.