The way the human body functions is the result of millions of years of evolution and its ability to store extra calories as fat may once have been an important in-built survival feature.

These days the average human is unlikely to face situations where food is scarce.

There is an abundance of food options, many of which are extremely high in calories, so the body’s survival mechanism could actually prove to be working in reverse. Figures provided by the European Association for the Study of Obesity (EASO) show at least 2.8 million adults die each year as a direct result of obesity.

But what if the body could be reprogrammed in a way that would make weight gain a genetic impossibility? Animal-based research conducted by scientists at the University of Copenhagen, in Denmark, suggest the idea may not be as crazy as it seems.

After 12 weeks of eating a diet that contained more than 50% fat, genetically modified mice failed to put on any weight at all, while normal mice being fed the same diet became extremely obese.

The genetically-enhanced rodents’ resistance to weight gain was made possible when the scientists genetically removed an enzyme called nicotinamide phosphoribosyltransferase (NAMPT) from the rodent’s adipose tissue.

Outlining what they did, first author of the study, Karen Nørgaard Nielsen said: “We gave the mice a diet that more or less corresponds to continuously eating burgers and pizza. Still, it was impossible for them to expand their fat tissue.”

Unfortunately, the researchers are not suggesting eradicating NAMPT in this way would be a safe treatment for human obesity because the enzyme is integral to many organs and tissues and play a vital role in a number of important biological processes.

However, they hope their findings could be useful to scientists trying to develop other therapeutic treatments for people who need to lose weight. 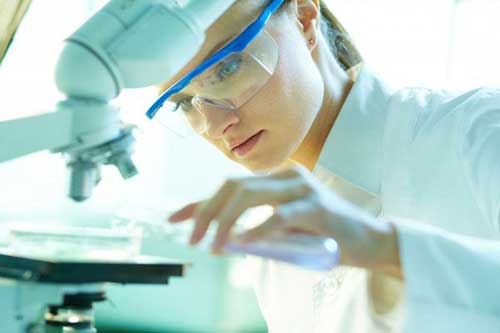 The Relationship Between NAMPT and Weight Gain

Human adipose tissue has such remarkable plasticity it can easily increase the amount of fat cells it contains and expand their size in response to calorie shortages or abundance and due to hormone signalling.

However, when the adipose tissue is subjected to a continued calorie overload, it has a negative effect on the energy balance that can lead to inflammation, insulin resistance, and systemic metabolic dysfunction.

“NAMPT appears to increase the metabolic functionality of almost every tissue in the body in which it has been studied,” Dr. Gerhart-Hines explains. “There are indications the skeletal muscle and liver may benefit from increased activity. We similarly find that NAMPT is critically important for fat tissue function. Unfortunately, that function is efficiently storing fat.”

The results of previous mouse-based studies show NAMPT expression in the body fat is reduced by a high-fat diet and is evoked when calories are restricted.

Studies involving humans suggest serum NAMPT levels and visceral NAMPT expression correlate with different stages of obesity in a positive manner, while levels in the subcutaneous adipose tissue are lower in subjects who are already obese.

According to the researchers, this indicates “differing depot-specific NAMPT contributions in human fat” and make it difficult to pin-down the role of NAMPT in human metabolic syndrome.

Is NAMPT Manipulation Likely to Protect Humans from Weight Gain?

Although the research certainly suggests NAMPT plays an integral role in the way the body handles calories and modulates adipose tissue, the researchers acknowledge the fact that interfering with the function of NAMPT in humans is not a good idea because it’s “expressed across numerous organ systems” and “plays critical roles in tissue-specific metabolism”.

However, any research that provides a better insight into the biological mechanisms that contribute to weight gain can only be seen as a positive thing because it could help researchers in the future to develop more advanced weight management aids.

“Our ultimate goal is that, by understanding these fundamental underpinnings of how we become obese, we can apply our findings to the development of novel treatment strategies for metabolic disease,” Nørgaard Nielsen said.

Details of the study are available in Molecular Metabolism (Volume 11): NAMPT-Mediated NAD+ Biosynthesis Is Indispensable for Adipose Tissue Plasticity and Development of Obesity