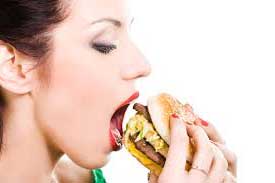 Fighting feelings of hunger is one of the greatest hurdles dieters have to face and that constant nagging sensation is the reason why so many people throw in the towel.

The first few days are usually the worst, but even after a week or two has passed it’s still no picnic. It takes the body some time to get used to existing on a reduced amount of food.

It’s a case of putting the shoe on the other foot and giving hunger the boot, and the appetite quelling effect can be achieved in a number of ways.

There are a several different types or genres of diet pills with appetite suppressants along with fat burners and fat blockers being the most commonly known and most used. 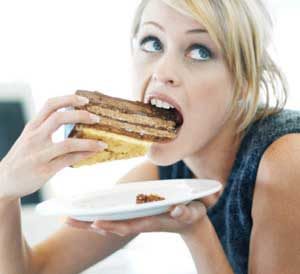 Some appetite suppressants control hunger urges by stimulating the adrenal gland and causing it to release increased quantities of the “flight or fight” hormones epinephrine and nor-epinephrine.

The prescription-only drug Phentermine works in this way, but although it is one of the most popular weight loss drugs in the world, doctors are not allowed to prescribe it here in the UK.

Flight or fight is a condition that normally only occurs during periods of danger. It’s one of the body’s built-in self-defence mechanisms.

The moment the senses inform the brain a threat is at hand, it triggers the release of the two aforementioned hormones and the body goes into survival mode.

The senses become more alert, the metabolism increases, and the appetite is suppressed because, in times of danger, any distraction caused by a rumbling stomach could have fatal repercussions.

When the body is in a state of flight or fight it is “ready to go”, be it fighting or running it is programmed to survive. Drugs and supplements that can trigger the chemical changes necessary to create the condition can be very effective, but there are other ways appetite suppression can be achieved.

Some appetite suppressant have the ability to (directly or indirectly) influence the hunger hormones leptin and ghrelin. Leptin is generated by the fat cells and whenever leptin levels are increased the desire to eat is diminished.

Ghrelin is the hormone that is responsible for causing feelings of hunger, so compounds that reduce ghrelin also reduce hunger. 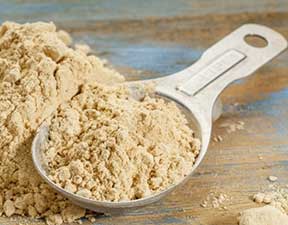 Appetite suppression can also be achieved by creating a feeling of satiety. Glucomannan is a good example of an ingredient that works in this way.

When glucomannan fibres are combined with water inside the stomach they swell up and create a feeling of fullness that signals the brain it is time to stop eating.

However, it is not necessary to understand the various chemical and physical processes that lead to appetite suppression in order to appreciate the results.

Can Appetite Suppressants Go it Alone?

Although the hunger banishing abilities of appetite suppressants can help dieters to keep their food consumption under control, the appetite is only one of several factors that are important to weight loss.

Experts agree dieting success is more likely to be achieved when appetite suppression is combined with other benefits.

When people consume less calories it can lead to feelings of fatigue. The body may not be experiencing feelings of huger, but nobody wants to feel tired all the time. This is the reason why many top dieting products contain energy boosting ingredients.

Saying goodbye to favourite (unhealthy) foods can lead to feelings of depression, so products that are designed to improve the mood have value as well.

Fat blockers are also an invaluable aid to weight loss because their ability to prevent the absorption of dietary fats can reduce the calorie intake still further. Fat burners can further improve results, so there are a lot of ways weight loss can be supported.

Appetite suppressants are a valuable weight loss aid, and some dieters may find the use of a good appetite suppressing product provides them with all the help that they need.

Dieting is hard work though, and the majority of people who want to lose weight may find they need help in other areas as well. Those who do may find they are better off choosing a product that provides a combination of benefits.

In a world where there are so many options available, nobody needs to rely on appetite suppression alone.

Which Appetite Suppressants are most effective – read our report